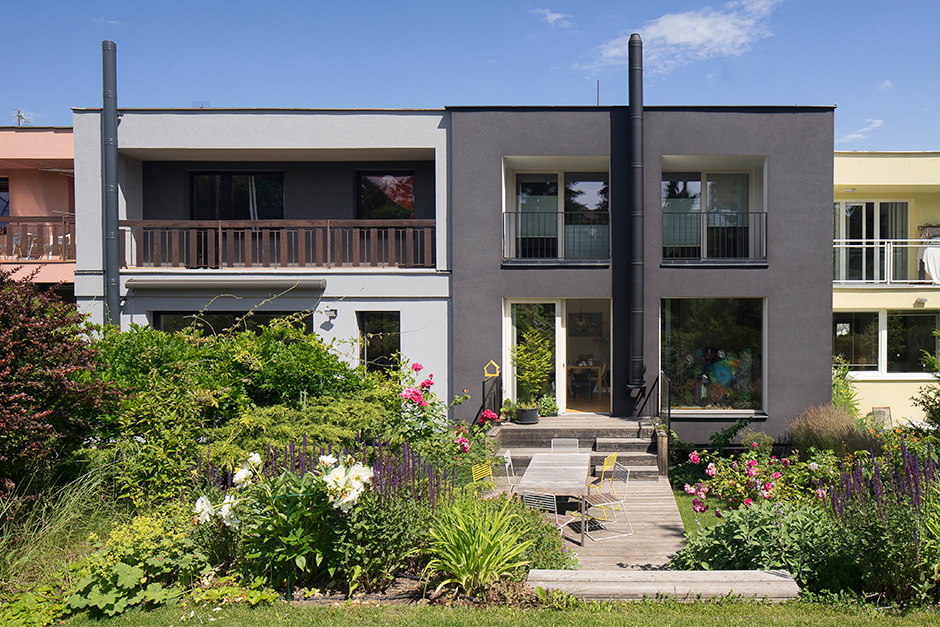 The reconstruction of a row house is nothing less than walking a tightrope between originality and solidarity. How much is it right and proper to poke out from the row? Is it acceptable, anyway? The house in Háje was built in 1980’s and has been kept within its original volume as its neighbouring units. Only its utilization has been improved. The unused recessed balconies were closed and gave rise to an ample sleeping room and study including a projection screen. That way the living room got its needful size and was made fully open into the garden. Outwards the house is rather passive, what is underlined with black colour that unites all its exterior elements, except the garden terrace of wood. Below the black skin of the house there is its pale interior hidden, mostly painted in white and completed with mobile and in-built items that express their own specific character by means of their shapes and employed materials. The interior items refer to those used at the time of house origin through their formal and material design, not being any “retro” ones, but rather a transcript of original principles. 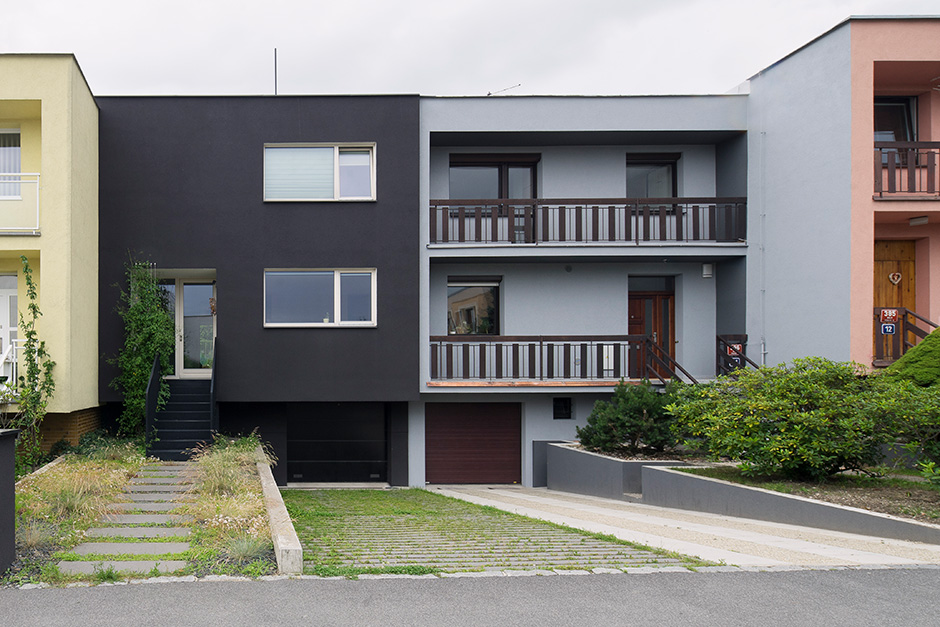 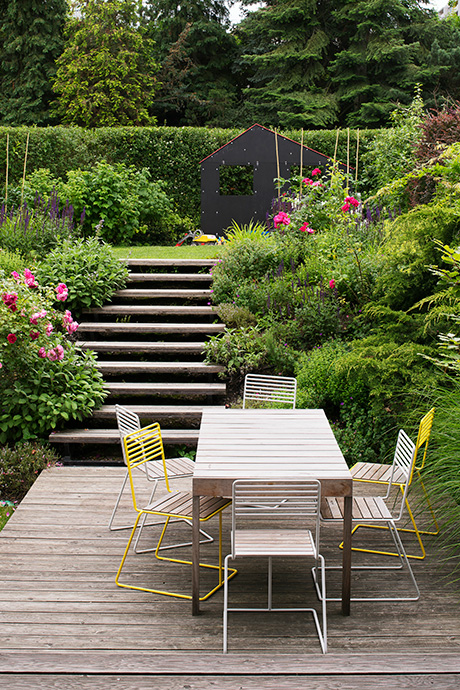 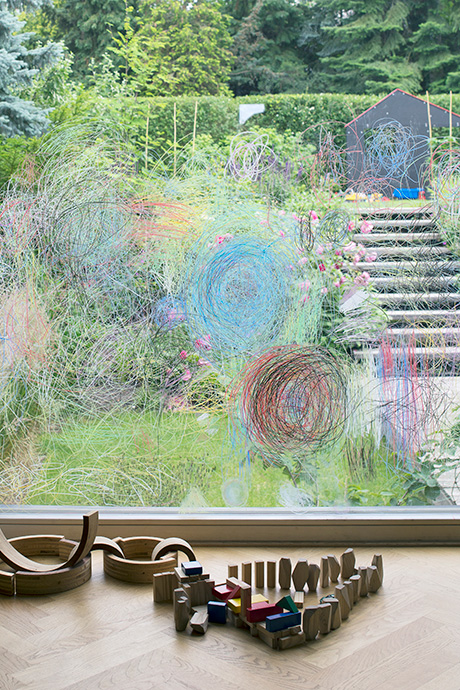 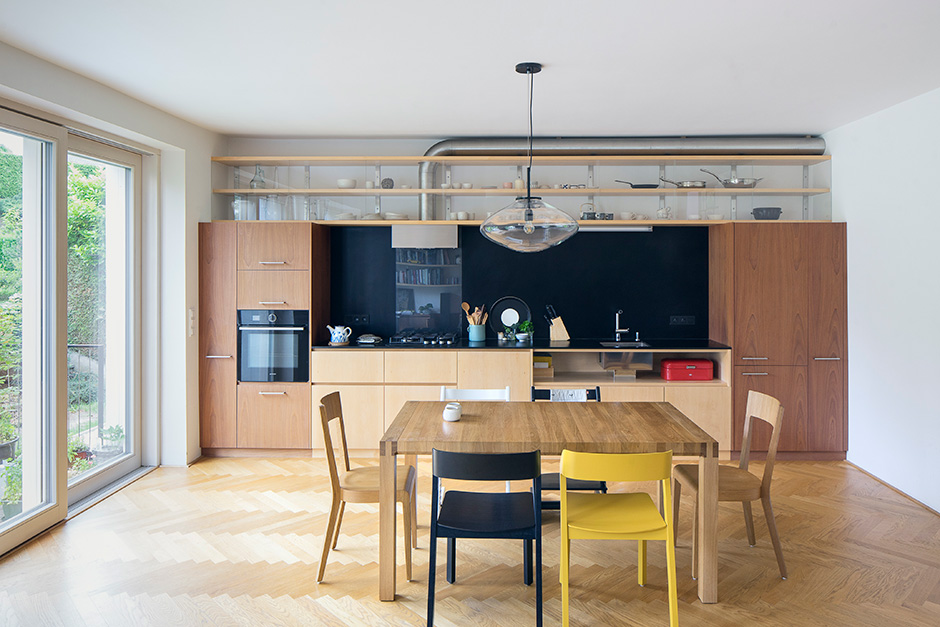 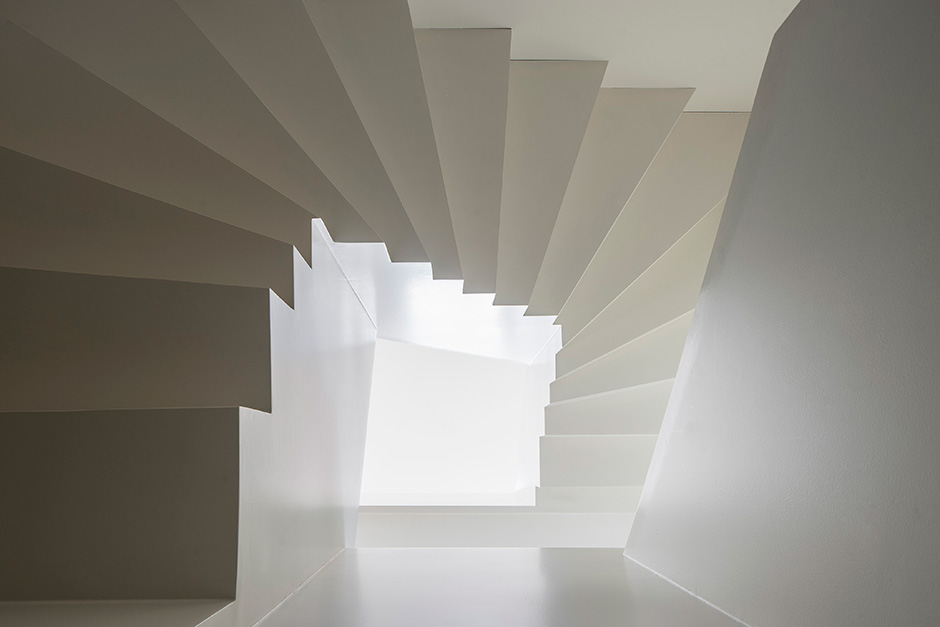