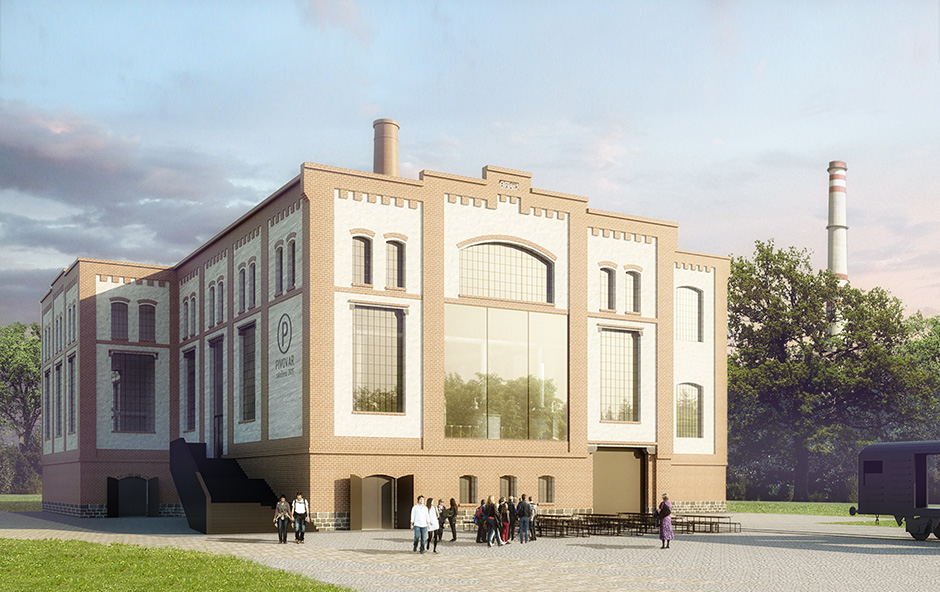 The „Proud Brewery“ should not become only one of those various mini-breweries that compete for finding favour both of beer gourmands and less or more knowledgeable laymen. It shall create an inspiring environment for all beer connoisseurs, to serve as a meeting point for specialists of various fields of business and science and the general public, as a centre for exchanging experience and planning experiments. It should become the “centre of beer” and “beer studio” where anything is possible provided it can enrich the world of beer. It may also become one of the cultural centres not only of the city of Pilsen, suitable for meetings of world brewmasters, each of them trying to brew the best products he can do.
The scale of that facility and its space encourages one to make self-confident actions – whatever it is the creation itself of the brewery of its planned magnitude near to the famous Pilsner Urquell Brewery, one’s approach to its space design using simple and generous gestures, or the creation of the family of beers differing (at least) a little from those produced by its large neighbour. The proposed architectonic design preserves all worthwhile elements of the existing facility, gives back the original principles of the building almost lost during previous reconstructions creating a new clearly distinguished layer at the same time. The idea to preserve the ethos of production facility reflects itself in the simple material and formal solutions employed for the purpose.
The implementation will take place in several stages. The first of them aims to the installation of brewing technological machinery itself and to the start of the beer brewing. In the next stages required beer taps (dispensers) will be installed in the area shared with the boiling room and the multi-functional hall and other inner and outer areas will be finished and put into use. 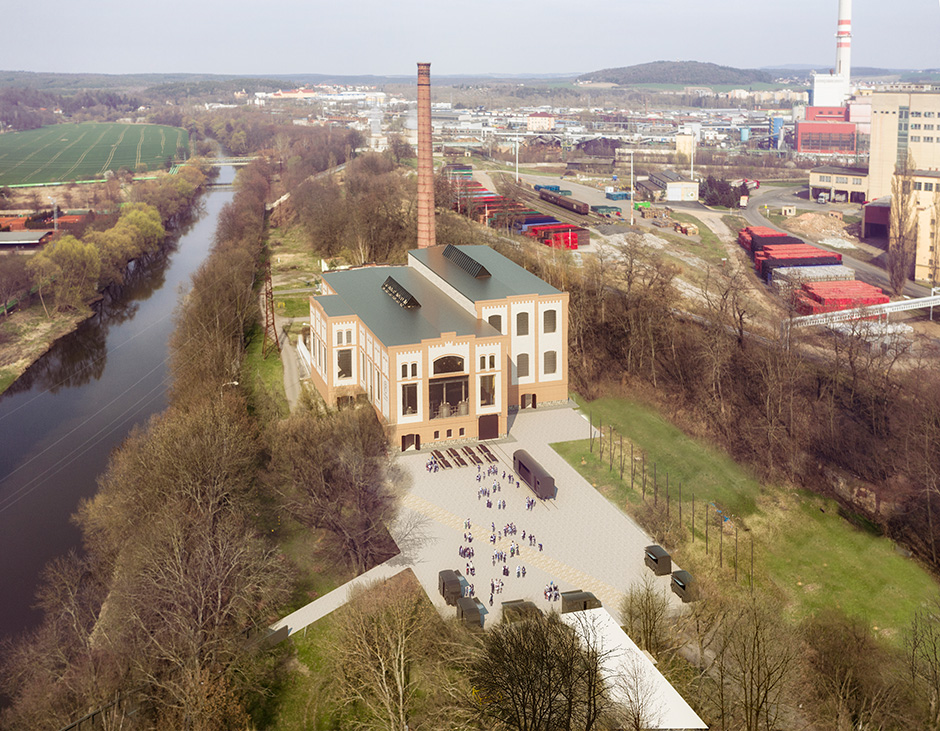